Call Us
Email Us
Reach Us

What is CAS? CAS stands for Creativity, Activity and Service - an IB Diploma requirement aimed to achieve the holistic development of an IBDP student.  Janya Baid of Grade 11, chose joined the Prague/Berlin CAS trip and tells of his experience.

Our first destination, Prague, is called the capital of magic and we were all definitely enchanted by its magical appearance, although we all felt the chill of the late autumn, yet the warmth of each other’s affection kept us from freezing. The main lesson we learnt on that first day was the art of punctuality. It taught me time management and how we need to plan to reach a place at a particular time to catch a mode of public transport commonly used in Prague, the trams.

The main CAS experiences we undertook in Prague were the Nadjee homeless cooking challenge, the Prague walking tour, a treasure hunt and the Design Disco creativity challenge. In the Nadjee cooking challenge, we were given a period of 2 hours to cook minestrone soup for the homeless people of Prague. As Indians, their homeless shelter concept was very different to us. The shelter had three kinds of accommodations - a night stay, night stay for a given period (work during the day); and permanent stay for disabled homeless people. We were told that these people are normally given bread and milk so based on that’ we decided to make minestrone. Minestrone is a soup which is filling and has a lot of vegetables in it to provide enough nutrition. We were really scared at first due to our lack of cooking experience but in the end, the soup turned out to taste great. For the treasure hunt, we were divided into groups of 5 and each group was given a basic map of Prague. We were given 2 hours to go to particular spots and answer questions relating to that spot. At first, my group got lost and we were wandering about trying to find our way. But with the help of locals and Google Maps, we eventually found most of the clues. In the Design Disco challenge, we were given a small cactus pot and we were told to design a bigger pot to fix the cactus inside. Our templates were two empty water bottles and the material provided to us was gypsum. After 2 hours and a lot of brainstorming, our Grade 11 group had 4 pots to present - each equally good and practical.

Then came the second half of our CAS trip - the stay in Berlin. Berlin is a city filled with street art and graffiti and it is also well known for the number of Mercedes showrooms it has. The bus drive from Prague to Berlin was really tiring and long (5 hours) and so we were given some free time to rest as soon as we reached our hotel, Plus Berlin. After getting enough rest, our tour guide Mark took us to see the spectacular Berlin Wall. Now, this wall has great historical significance. This wall divided East and West Germany after World War II. One part of Germany was controlled by the communist USSR, while the other part was controlled by the US and was democratic. The wall was built to divide the city with such different ideologies.       However, over the years many brave people tried to climb the wall and reach the democratic side to lead a better life. After the fall of the Wall, a lot of graffiti was painted on it which depicts a deep and meaningful message about peace and brotherhood.

On the last day, we went to a Street Art workshop. First, we were shown many famous street art paintings. Later, we actually got an opportunity to make our own spray-painted wonders. This really developed our creative skills and we did something which we had never done before! After that, we walked around for a while, saw many important German buildings and landmarks and then went shopping. It was the perfect end to a perfect trip.

I can say that after this trip, we all have developed many new skills, undertaken many new challenges, learnt more about global values, considered the ethical part of any experience we undertook and got a new outlook on Germany and Prague. Thus, it was a very successful CAS trip. 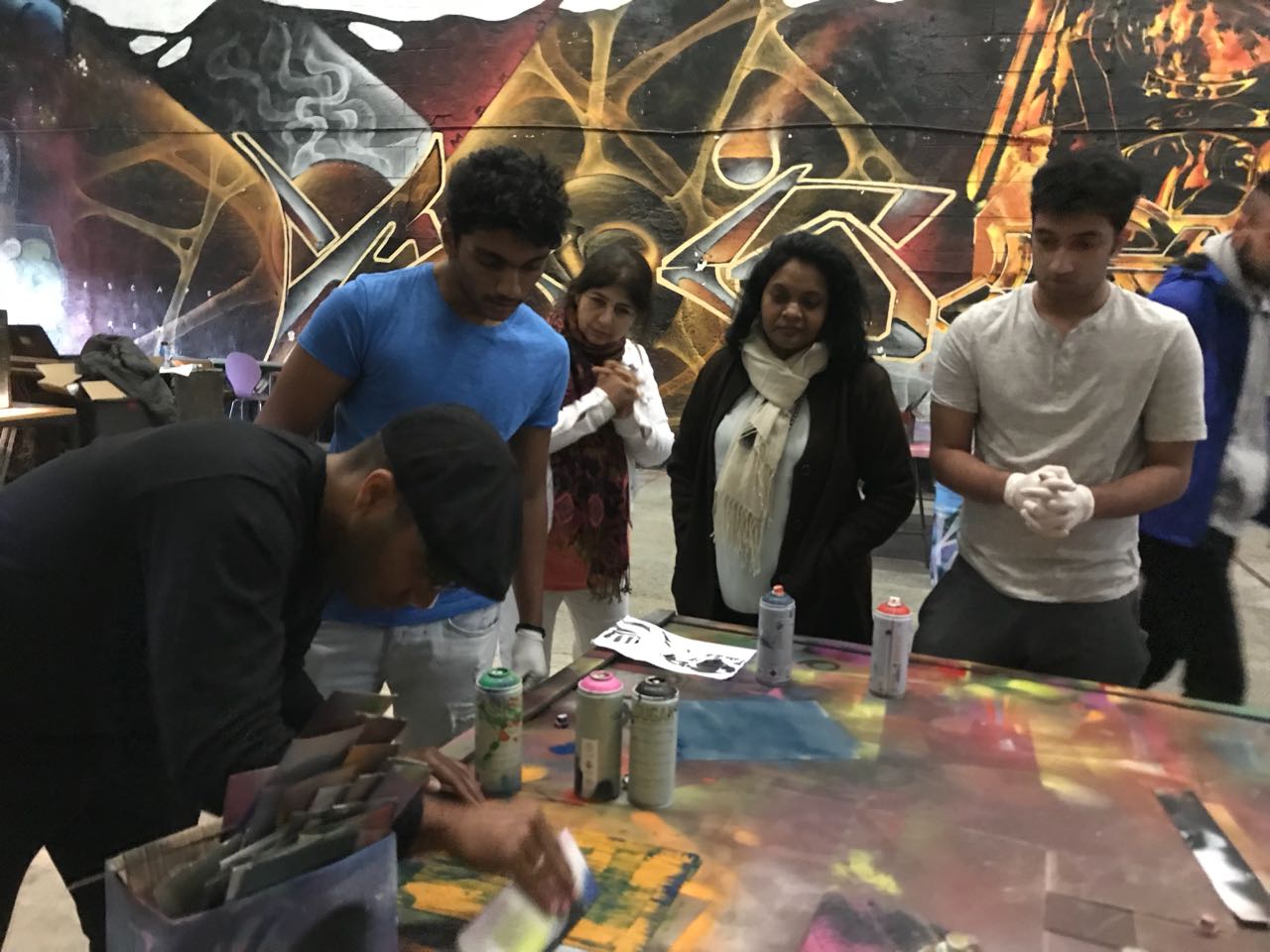 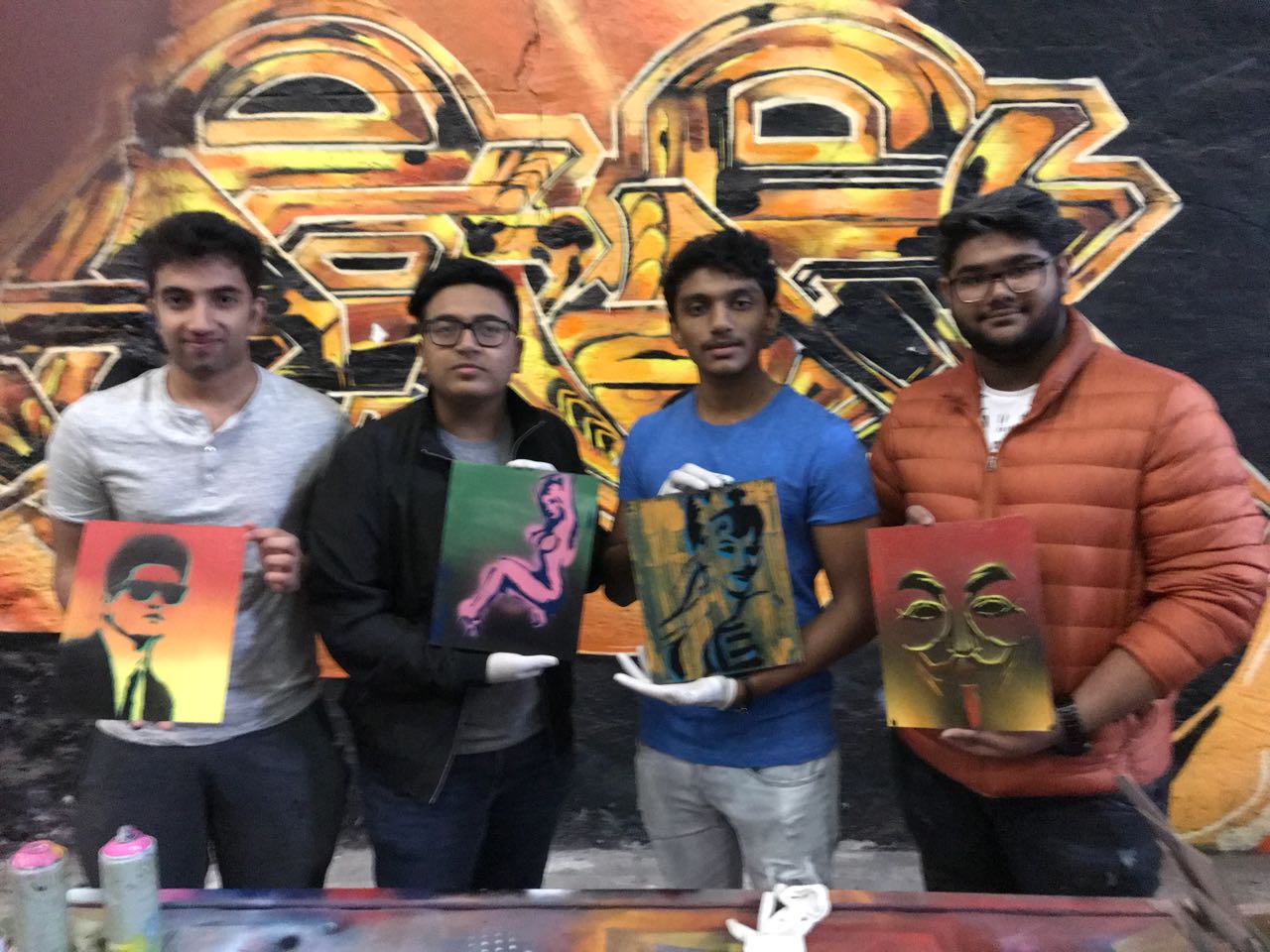 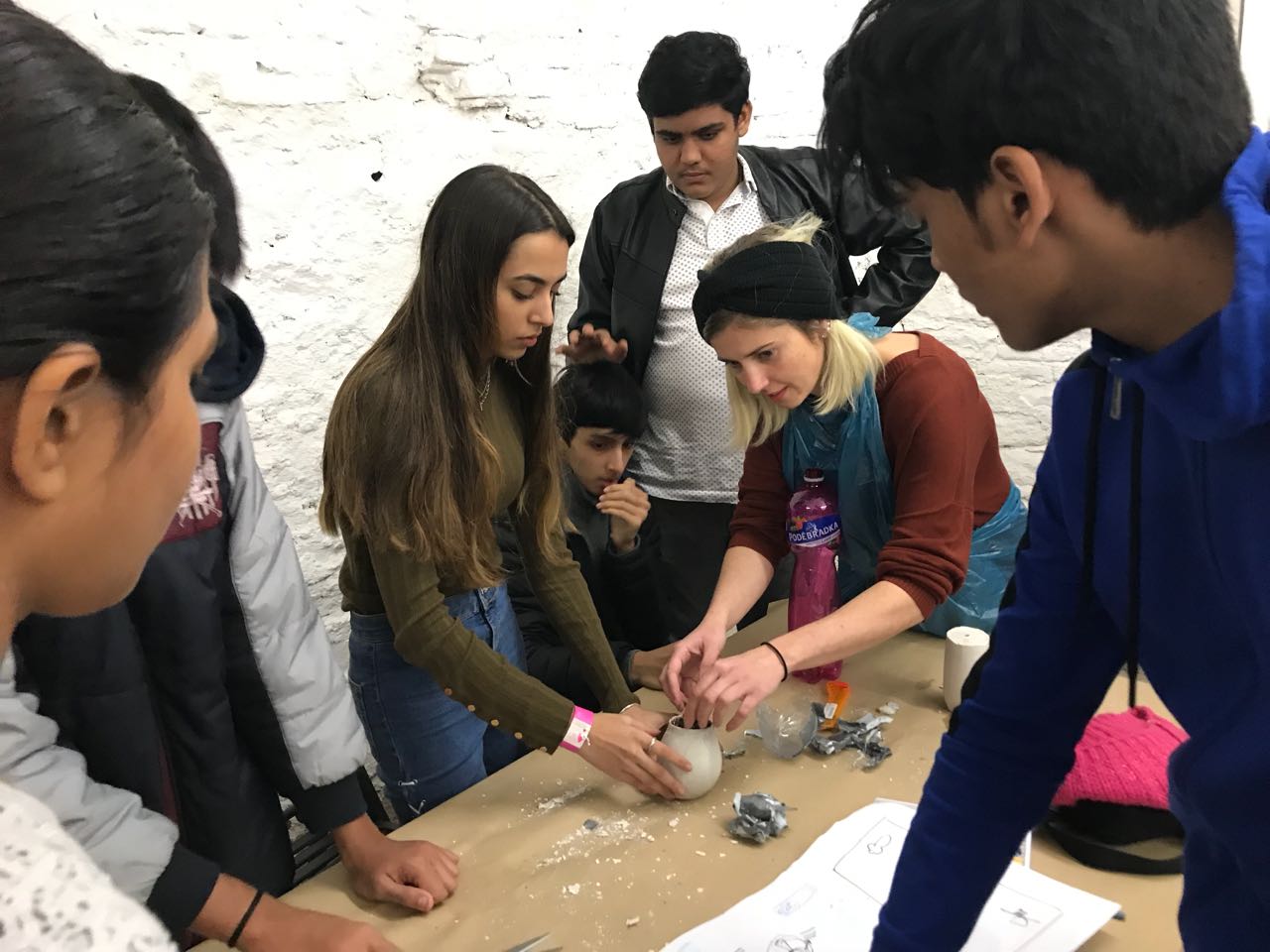 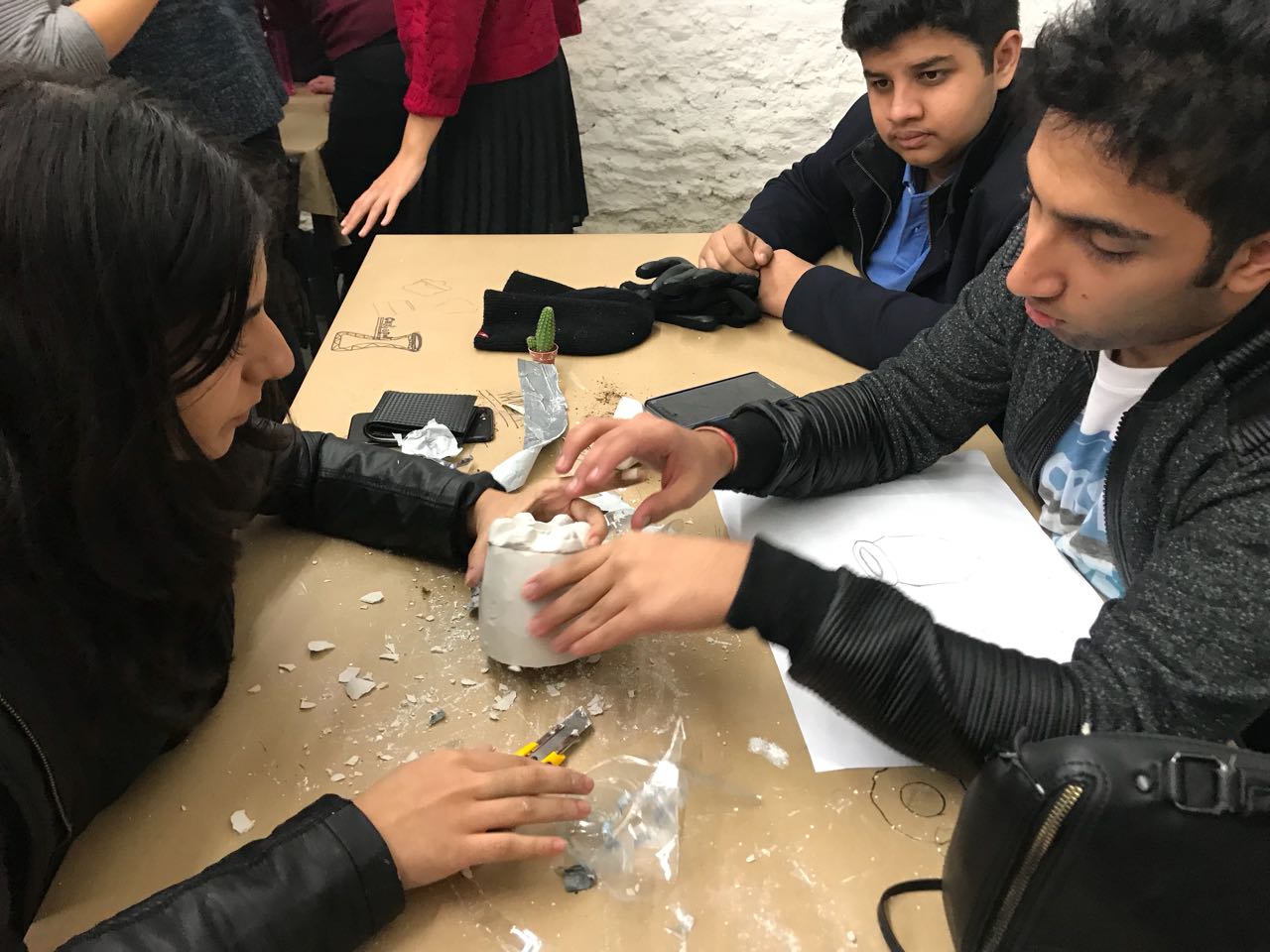 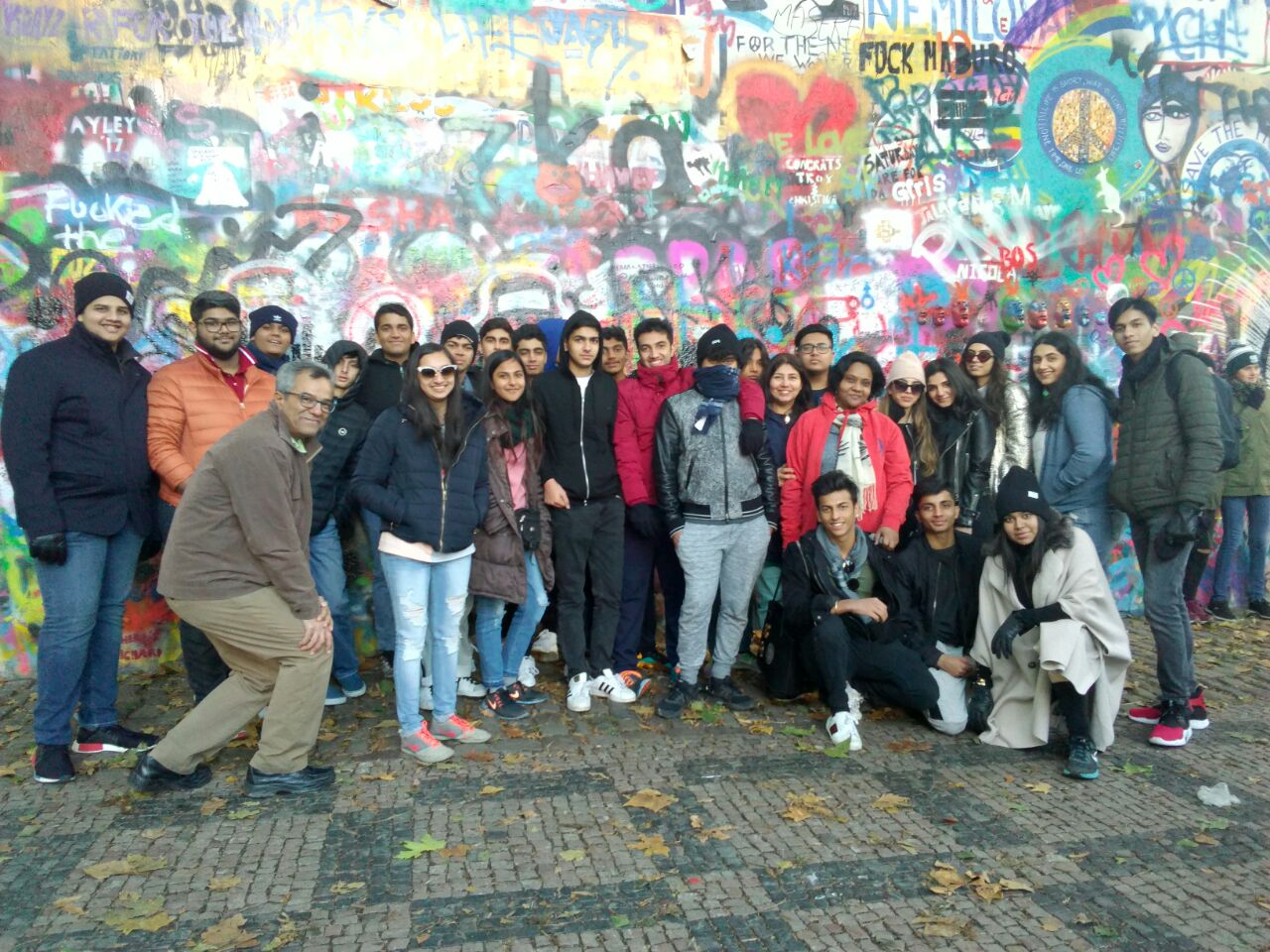